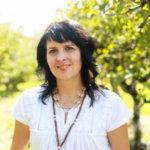 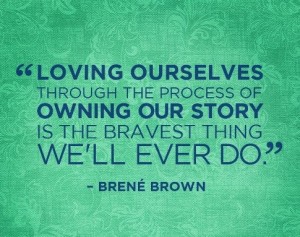 To me stories make meaning of the chaos of life. They add immense richness. Kinda like the cream cheese frosting on a cinnamon roll. Without it …ehhhh – could take it or leave it.

I read a quote this morning by film composer Gustavo Santaolalla. He says “Movies, for some of us, are a form of the modern church”. You may or may not agree with that statement, but regardless—the point is that stories are powerful.

Stories give us hope. Stories inspire. The words we choose to give meaning to our narratives have astounding power. Power to build up, and they also have the power to destroy.

We love real-life stories. Think of that dude named Steve, who was a college drop-out and then went on to have a HUGE influence in the way we interact with technology on a daily basis. AND he made the technology so very pretty. (I do love my Apple products.)

Or the single mom, living on welfare in the UK, struggling to make ends meet. She was working only a few hours a week at a church office, because she couldn’t afford childcare. Meanwhile she was secretly writing a children’s novel that would become a series of books and movies that would make her richer than the queen. Yup, she kept her writing a secret because she didn’t want to hear comments from people telling her that she was ridiculous or delusional for thinking she could write a book. Ha!

We also love made up stories about underdogs beating the odds.

Think of Luke Skywalker hearing Obi-Wan Kenobi’s voice telling him to “use the Force” at the end of Star Wars: A New Hope. So he fired two proton torpedoes into the Death Star and blew it to smithereens. He wasn’t even a Jedi yet, just a lowly farmer boy from Tatooine. (Yes…clearly I am a sci-fi/fantasy geek. I have watched the real trilogy more times than I’d choose to admit.)

If we as human beings love these “triumph of the human spirit” stories, then why is it so very easy for words of caution (read discouraging words) to come out of our mouths? If we dig on this triumph stuff, why isn’t that the worldview that we live from in our regular lives?

Have you ever had someone give you a “word of advice” when you were about to try something new or different, only to have them pretty much tell you that if you continue on this path, you will be sure to fail. I’ve been in that situation, even fairly recently. That is why challenging the status quo takes so much courage.

Have you given this kind of “sage” advice? For some reason I think we sometimes get some weird hidden pleasure out of popping someone’s bubble. Before I started immersing myself in a strength-based culture, I remember catching myself falling into that trap.

Negative comments hit us hard. I have had my share of negative things said to me over my lifetime, and I know that it takes so much personal, self-work to get past it. Let’s commit to being more mindful of how we choose to speak to someone. How our words will shape their story, or the belief they have about themselves.

We need to realize that we see other people through our own worldview. The cumulation of our life experiences influence how we see the world. So even though we think we see things “objectively,” we don’t. We are seeing just a mere piece of the puzzle. Who are we to think we can foresee someone’s life path? Who are we to criticize someone’s dream? We have no idea how the future will pan out. So why do it?

If instead we gave words of encouragement to others and truly believed that their inner expert/teacher will sort things out for themselves, how wonderful the world would be! Knowing that someone believes in us is so amazingly significant.

I have a personal story of encouragement that has influenced me in a profound way over my life. When I was in grade 9 (or Freshman year, for my American friends), I was on the track and field team at my school. My dad was an athlete, and I always wanted to have that natural ability.
The truth is that I wasn’t very good. I’m not an athlete. I realized this again a few years ago when I tried roller derby, and had to quit a month later after hurting my knee pretty badly. I didn’t even get a chance to pick a cool derby name, or really play the game…but I digress, back to track and field.

I have asthma, so that wasn’t in my favour as far as becoming a great runner. I really tried. I went to every practice. I participated in every track meet. I gave it my all. However, I never won anything. I didn’t win one race. Once I got a 3rd place ribbon, but the lame thing was that there was only three of us running. I didn’t tell anyone that. I just proudly displayed my ribbon for the rest of the event and taped it up on the mirror in my bedroom afterwards.

One day at a track meet my coach came over and sat beside me on the grass. He said, “Jenn, if everyone on the team was like you we would have a winning team”. I looked at him incredulously. I wasn’t one to swear at the time, but if I had’ve been, that would’ve been an opportune time to drop an f-bomb. I was thinking, “Why the heck is he saying that…? I’m clearly the worst on the team”.

Then he said, “You show up at every practice. You are dedicated. Even though you aren’t the fastest, you have the attitude of a winner. Our team would be one of the best if everyone had the kind of attitude you have”.

Wow. I still get emotional when I think of this story. I realize it’s highly unlikely that several decades later my coach remembers me in the slightest, or the fact that he said those words to me. Regardless, what he said had significant impact on me. It was a pivotal moment in my life.

He could’ve very easily given me a different message, and a lot of us wouldn’t have faulted him in the slightest if he had. He could’ve said, “Jenn, I think you might be wasting your time here. You’re trying hard, but you just don’t have natural ability to be a runner. Have you considered finding something else you are good at? Perhaps theatre?”

I ended up  figuring out for myself that theatre was my place, but I’m really glad that I gave track and field a try.

I’m so grateful that my coach chose to speak those words of encouragement over me. At the stage of life I’m at now, who cares if I won ribbons for my high school track team. It really doesn’t matter at all. What matters is that I felt empowered.

When I think of this, I am not sure if it’s a chicken or an egg moment. Perhaps he saw some great truth lying within my awkward, gangly 14-year old exterior. Another possibility is that those words helped to shape me into the person I am today. I don’t know.

He spoke them over me & hearing those words helped to form the belief or story I began to believe about myself. For those who know me, you know that I am a fairly tenacious person. I wasn’t always this way, I think that this moment was one of the many moments that helped me to “find” myself, or discover my voice.

The Center for Appreciative Inquiry has a newsletter called “Words Create Worlds”. As we speak, the words we use are simultaneously creating the world we live in. Sit with that for a moment.

Do we want to live in a world where people feel discouraged, judged, and fragmented? Or encouraged, connected, whole, and aligned?

Will we continue to root for the underdog—the Luke Skywalkers, the Steve Jobs and the JK Rowlings of the world?

I know I choose to live in a world where I feel inspired, alive, joyful and expansive. Holding grace for myself and others. I choose to believe in the underdog.