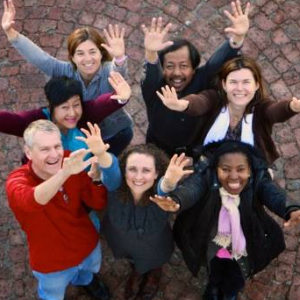 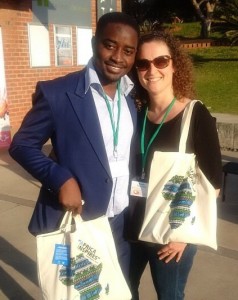 “AI should stand for ‘Africa Inspires’” said Richard Mugisha, friend, colleague and Afrikologist from Uganda. It was Cape Town, 2012, and we were discussing the next WAIC that would take place in 2015 on our continent for the very first time. We were reflecting that many conferences we were attending of late in our various disciplines, seemed to sidestep respecting, acknowledging and learning from local knowledge and wisdom and seemed to perpetuate a noticeable trend in development work to adopt a kind of neo-imperialism or colonialism – a stance that says that what we – the visitors, bring to you – the locals, is superior to what you already know and do. We started talking about Appreciative Inquiry, and how so much of what we grew up with in our various African contexts (Ugandan, Tanzanian, Kenyan and South African) has appreciation and wholeness at its roots. We were rejoicing that in AI we saw so many African principles and knowledges already at work. We were excited about sharing with others – the visitors – what we already knew and practiced in Africa that could enrich AI and not just the other way around.

Not surprisingly, then, what stood out for me during the 2015WAIC, were the wisdom circles in the morning where we learned from local people about their traditions and their applications of AI. My ultimate highlight was hearing Kapilolo Mahongo during the opening address speak in both the oldest African language, İXun – the language of the original people of Africa, and South Africa, and the world – as well as my own language, Afrikaans – the youngest African language. He told a remarkable story his father told him when he was a boy, to demonstrate the value of respecting and trusting diversity. The story goes something like this:

Two boys went out fishing one day, and the one boy caught a fish. Upon closer examination he saw that the fish only had one eye and this frightened him as he’d never seen anything like it, nor contemplated that such a creature could exist, until that moment. In a panic, he called his friend over, and together they worried and debated what they should do. Eventually his friend suggested they take the fish to the wise man in their village and ask him for council. On their way to the wise man, they came across many friends and family who were similarly alarmed by this one-eyed fish, but agreed that the boys should go seek advice from the wise man. When they eventually reached the sage, he told them very plainly to put the fish back into the water where they had hauled it from, as the fish’s people under the water were missing him very much. And so the boys returned to the water and duly let the fish go. The moment the fish was back in its environment it went to seek out the wise fish man that lived under the water and told him what had happened. The wise man from under the water listened and then said, “you see now, every world has its wise people. And the wise people from different worlds can communicate with each other. And so the wise man from above the ground and I could communicate with each other and I could ask him to return you to us. And he listened and did as I asked. So you need not fear strange different worlds as there is wisdom, listening, and respect everywhere.”

To me this story so perfectly encapsulated what the 5 of us had wished for during that dinner conversation 3 years ago, and describes what is at the heart of Appreciative Inquiry at its best.

It was during another morning’s wisdom circle, that one of our white, privileged South African colleagues confessed what she learned the hard way after facing a fair amount of resistance (and understandably so) from those “underprivileged” she was trying to “help”:

Simply shifting from this (often well-intentioned but nevertheless) deeply deficit-based stance, was the strongest theme I noticed amongst all the stories shared:

Thirdly, it was a great highlight to see the diversity of AI practitioners and foci of application. There were people solely interested in applying AI in business contexts, and others, like Jeannie Cockell and Joan McArthur-Blair, looking at the interface between Critical Theory and AI in working towards social justice. These two epistemologies are both rooted in Social Constructionism and Cockell and McArthur-Blair have made their alignment more explicit by coining and expounding on what they call “Critical Appreciative Inquiry”.

Finally, it was a wonderful opportunity to make new friends and learn from one another – and to do this so close to the Cradle of Humankind where it all began for our species. Congratulations to the 2015WAIC organisers for bringing us and it all together in Mzansi!